Silvio Fialho de Aliferis has enjoyed spending time in some of the world’s most sought-after destinations, but it was only when he bought an apartment in Ealing that he finally felt at home.

Travelling the world as a flight attendant, Silvio Fialho de Aliferis has enjoyed spending time in some of the world’s most sought-after destinations, but it was only when he bought an apartment in Ealing that he finally felt at home.

Originally from Portugal, Silvio made the decision to follow his dream and relocate to London, after a few years of commuting to Heathrow from his rented home in Newcastle.

He said: “I had always wanted to move to the capital but in the last few years I was getting fed up living out of suitcases and I realised that it was costing me more than £800 a month by the time you added up hotel stays when I was waiting between flights.

“I was also paying around £8,000 a year storing my furniture and it made no sense to spend all that money without seeing any return on it. With property prices sky high, I knew that shared ownership was likely to be the best option for me.”

Silvio was in the fortunate position of already having a £40,000 deposit, which he had saved up from profits from investing in crypto currency and trading on E-bay. He said: “I have always had a keen eye for an investment and have dabbled in crypto coins and various stocks and shares.

“I also made a lot of money selling goods I bought while working on transatlantic flights – I sold everything from the latest in demand items from Abercrombie & Fitch and Hollister to limited edition American magazines about Lady Gaga and Madonna and Super Bowl memorabilia.”

Silvio’s search did not get off to a great start – none of the three properties he had arranged to see in different parts of London were suitable and by the time he arrived in Ealing to view the final property on his list it was pouring with rain. Worse his phone ran out of charge before he could confirm the address with his property agent and he had to ask for directions from a passer-by.

But as soon as Silvio walked into the show apartment at shared ownership development SO Resi Ealing he knew he had found his new home. Offering a spacious hall and a large open plan living and dining room, the two bedroom apartment has a show-stealing balcony.

“I just fell in love with it straight away, I loved everything about it. I have some really big pieces of furniture, including a super king size bed and I could tell everything would fit perfectly.

“I knew I wanted an apartment with exactly the same layout and fortunately they had one available with a balcony with great views of the area.”

One of the big attractions of the development was its location only 20 minutes or five stops to Heathrow on the TFL and just three stops to Paddington and the heart of London. When Crossrail opens at the end of May, it will take Silvio just 13 minutes to get to the airport.

He said: “My commute is going to be amazing, when you are tired after a long flight the last thing you want to do is spend hours travelling before you can have a shower and go to bed. You can also be put on stand by for a flight and instead of living out of a suitcase in an airport hotel I can be relaxing at home instead.

“It will be so easy to get to the centre of London for nights out too. All of my friends are very jealous!”

However the path to his new future did not go smoothly, as a contract worker he was deluged with paperwork from his mortgage provider in order to borrow the £115,000 he needed to buy a 25% share of the property, which would have cost £572,000 to buy outright.

After growing tired of negotiations with the lender, his partner Keith came to the rescue and agreed to share the mortgage with him and the couple picked up their keys on 16th February.

Silvio said: “When we finally moved into the apartment, it was everything I dreamed about! My parents came over from Portugal to stay for a fortnight to help us decorate and they loved it too.

“The beauty of a new build property is that everything is very energy efficient. My apartment has an excellent ventilation system and all the integrated appliances have a low rating which helps keep the bills down.”

SO Resi Ealing is ideally situated in the heart of vibrant West Ealing with a roof terrace offering stunning 360-degree views of London and instant access to lively eateries, cosmopolitan shopping and terrific transport links.

Silvio added: “I really believe West Ealing is going to be the next Ealing Broadway, there is so much opening here and I have everything on my doorstep. I love Middle Eastern food from my trips to Saudia Arabia and Kuwait and there’s so many great restaurants nearby and the Farmer’s Market is amazing.

“There’s lots of supermarkets including a Waitrose and Lidl and there is even a Greggs, I am still a bit of a Newcastle boy!”

However, despite all the temptations on his doorstep, Silvio loves keeping fit and has a great selection of gyms to try out nearby.

He said: “They are even opening one on the ground floor of the building! It will be great to jump on the train when I finish a flight and be home in 15 minutes, have a sleep and get straight on the rowing machine.”

Shared ownership with SO Resi allows the purchase of between 25 and 75 per cent of a property for a deposit of from five per cent of that share with a monthly payment paid on the remainder to SO Resi.

Kush Rawal, Director of Residential Development at SO Resi comments: “The latest research from Savills shows that annual rental growth in prime London reached 11.1 per cent in the first quarter of the year – the first time it has seen double digit growth in a decade. It is becoming harder and harder for people to manage their monthly outgoings, especially with spiralling energy costs.

“Shared ownership is an affordable way for buyers to get out of the rental market and start investing in the future.”

SO Resi Ealing offers a contemporary collection of one, two and three-bedroom apartments through shared ownership. All residents also benefit from access to a spacious rooftop garden, and three year’s free car club membership.

With the arrival of Crossrail, residents will be able to reach Paddington from West Ealing station in just 12 minutes, Heathrow in 13, Bond Street in 15 and Canary Wharf in just 29 minutes.

To arrange a viewing call 020 8607 0550 or visit www.soresi.co.uk/ealing. You can also see an online video viewing at https://soresi.co.uk/find-a-property/ealing/ 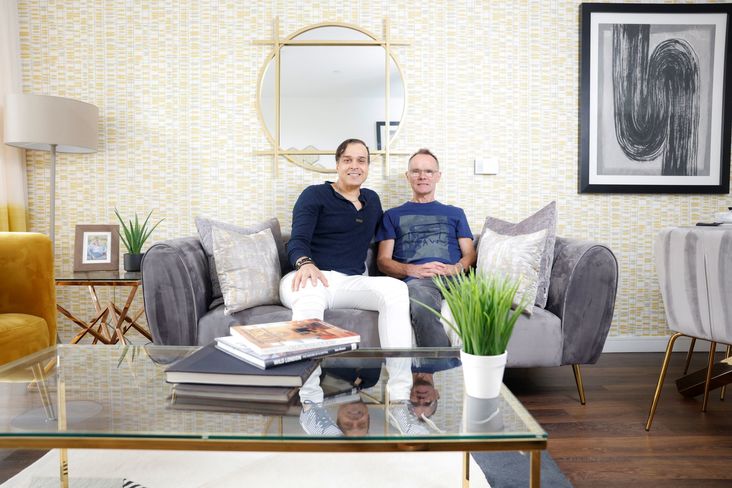