Three years ago, Aveen Kelly, 32, was given the opportunity to learn more about how Shared ownership works, a result of her employer Wandsworth Council’s efforts to encourage buyers in the community to consider the scheme.

Armed with her knowledge of shared ownership - which enables first-time buyers priced out of the open market to purchase a share of a property and make straightforward monthly payments on the remaining share - she discovered XVII, a new shared ownership development in Tooting, South London.

Aveen wasted no time in contacting SO Resi by Thames Valley Housing;

"I found out about XVII long before I could buy, so I saved up hard by sacrificing holidays and saying no to meals out, which was difficult in the beginning. I could see the progress of the site every day on the way to work, which was a real incentive to keep going – I was adamant that this is where I would buy and how I would get on the property ladder.”

Although Aveen works for Wandsworth Council, she still had to register her details through a local home buy agent like every other potential buyer in the borough.

Aveen says: “Perhaps I was more organised than most but the application process was so easy! I was determined to purchase at XVII and was thrilled to hear from SO Resi by Thames Valley Housing that I could reserve a one-bedroom apartment with a deposit of £25,200, which I did in 2014. I bought a 60% share for £168,000 and I was so happy to receive the keys to my new home in February 2015.”

After a year of living in her new home, Aveen took advantage of SO Resi Plus, a scheme unique to Thames Valley Housing, which enables shared owners to buy an extra 1% of their home each year, without the cost of arranging a solicitor each time a share is purchased.

“I’ve gone from renting in London to getting on the property ladder, to now being on the road to owning 100% of my home. It sounds cliché but I have a brilliant quality of life”

XVII has now all sold, however, SO Resi offers shared ownership on a selection of homes across London and the South East. See all of our home here or call our sales team on 02087080550. 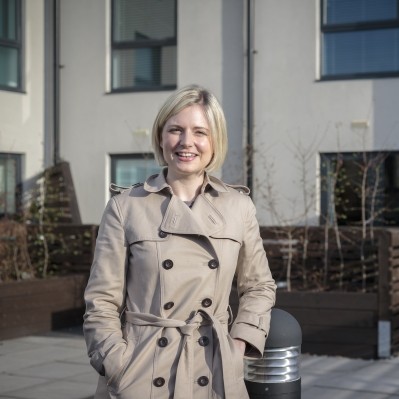